In Part 1 of this topic, I discussed what Death Cleaning is: a technique originating in Sweden (“Dostadning”), death cleaning is a way to decrease your possessions over time so that your next of kin has much less to deal with (e.g. “get rid of”) after you pass away. I talked about my own process of Death Cleaning so my kids have less stuff to deal with once I am no longer dancing on the earth.

Then there are my parents. My mother has been open to sharing what has sentimental value for her. I’m glad we went through the exercise, because she had some things (my great-grandmother’s sewing scissors, for example) that I had no idea had any attachment for her, or even who originally owned them. This will help me make decisions when the time comes. She has been paring down her things at least; I’ve helped her through several iterations of decluttering, and am proud of the progress she has made. I know it’s not easy, and there were many emotions attached to her possessions.

As for my dad, while he openly admits that most of his things are “junk” (his words), he does not seem to be willing to let go of any of it right now, despite my offers to help. Because hello, professional organizer for a daughter? He also admitted that his parents left him a lot to deal with and how hard the process was, so I’m a bit perplexed about why he would want to do the same for me? Anyway, the best I could do with him is to find out what has value/what could be sold in his collection of car parts and house equipment, since he apparently doesn’t have any pictures or any heirlooms from his parents to pass along. Although it is frustrating knowing that I’m going to have to rent a dumpster or 3 after he is gone, if that is the compromise, so be it, and at least I have some guidance on what matters.

Along these same lines, I have also discussed my parents’ wills, where they keep important financial information, and what their burial wishes are so I’m not trying to make these decisions in the midst of grieving. I highly recommend that you do the same if you have not already, and if your children are old enough to have this information, to share it with them as well. I joke with my kids whenever I am about to fly about where the important financial papers are located; they laugh now but it does give me a little comfort to know that they will be taken care of should something happen to me.

Yes, it may sound morbid to be so detached about their things, but I have to be pragmatic because I am sentimental and sensitive, so anything I can do to make the process easier will be helpful. In the meantime, I am focusing on enjoying my time with them and trying not to think about all that will need to be done once they pass, because life is too short to fret about it until the times comes! 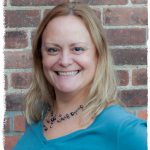