Have you ever had a disagreement with your partner over organizing? Chances are the answer is yes, and you´re not alone. Here´s an illuminating story about a disagreement my partner and I had recently about tidying up that highlights the need for communication when it comes to your household organizing systems. Our beloved home is comparable to a tiny-home…except we live on water and can actually sail away! 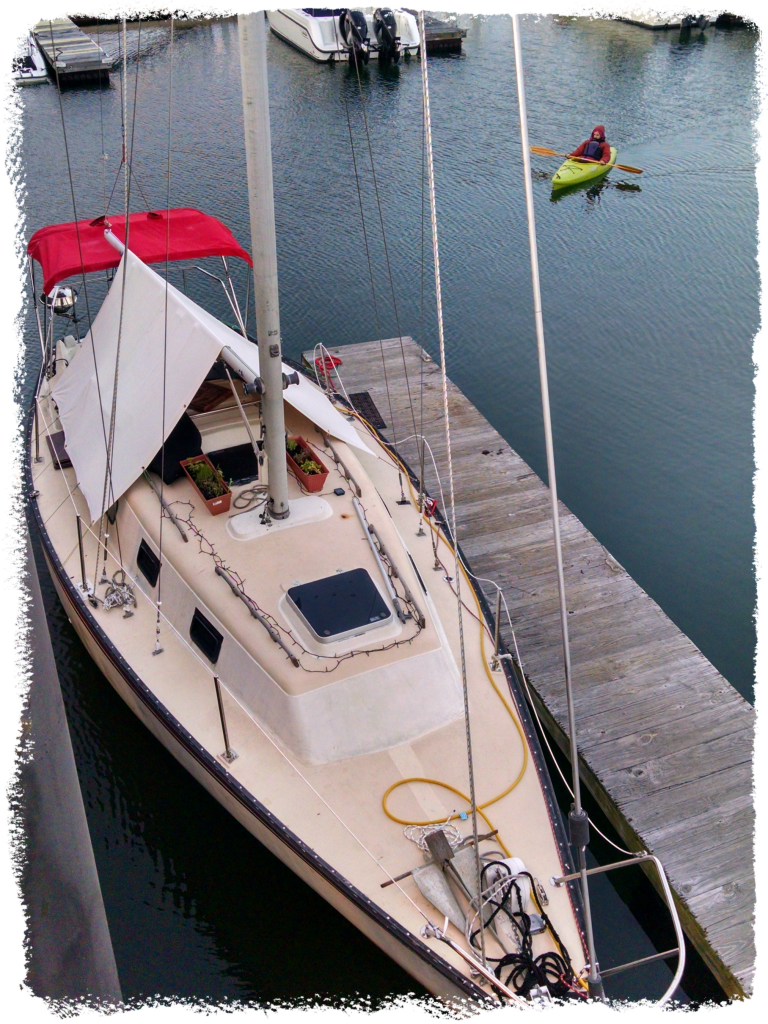 As sailboat liveaboards, this disagreement about tidying up was forced to the forefront, as we literally only have so much space! The organizing pillars of assigning a home for every belonging and habitually putting it back there, are beyond necessary in our home.

I say this with a grain of salt, because in reality our system happens more like this…

Items start to appear on the only open spaces where they could be placed – our two setees in the main cabin. Think of them as our couches. Then, I put stuff back in its place when I’m home and have a moment, or when I want to sit on a clutter-free settee. What I found happening was that I was getting resentful when I kept having to put away my partner Isaac´s belongings. Conversations in my head would include, “Why isn’t he putting this away?! I put away my things! Doesn’t he know how important it is to put things away in our home? I like my home and I want these settees to be clutter free” followed by the “I’m not his mother!!” that would go through my head again and again.

The real breakdown came when I intentionally stopped putting away his items, to “show” him how he is the one who doesn’t put his things away. When that (a-hem, passive aggressive) strategy unsurprisingly did not work, I communicated with him what was happening and the resentful cycle I was in because of tidying the boat. Isaac then said to me, “Why aren’t you putting away your things?!” Of course I replied, “I put away my things! l want these settees to be clutter free. I´m not your mother!” He went on to say, “Actually, I have stopped putting away your things lately, hoping you would realize that you don´t put things away!” 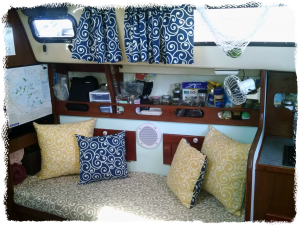 So it appears it’s human nature to notice your partner’s clutter more than your own. Through this communication we realized at the same moment that we were both doing exactly the same thing, just we weren’t aware of how we both left things on the settees in a moment of busy-ness or laziness, and we were consistent at putting them away later in the day – both our things and our partner´s. It was just the uncommunicated awareness that the partner was doing the same thing for the other. As mentioned before, our perhaps common disagreement was only intensified by the fraction of living space, yet it forced us to deal with it. Hopefully this example inspires you to have that conversation with your partner about whatever that organizing issue is for you, you know the one that you never get around to actually discussing.

Communicating what may seem obvious is vital if you want an organized home with a partner. The purpose of communicating is to make sure everyone is on the same page or else you’re setting yourselves up for failure. 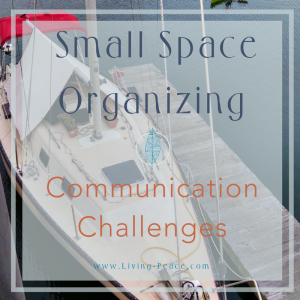 After discussing, you may realize that you don´t have an organizing problem at all. Simply communicating did the trick for a change in understanding and perspective. Now I experience a feeling of care and mutual support whenever I put away Isaac´s jacket that he was too tired to do for himself after a long day. And I now notice when he has put away my yoga books and class materials when I had to rush out the door (or rather, the cabin´s companion way ;).

1 comment on “Organizing in a Small Space: Communication Challenges”