It’s summer time, and you might have some organizing projects that you’d love to get done while there’s bright light and warm weather. Particularly in these early summer days before it starts getting abominably hot.

However, allow me to offer a thought to help you avoid one of the common organizing pitfalls that I see people each summer fall into: trying to “get organized” in a weekend.

Somehow the magic of the organizing shows on TV create these lovely pictures in our mind of how much can get done in just a few short hours. So, we dig in and start getting dirty, then a whole day later we’re barely done sorting out a third of the garage and we’re out of steam. Everything gets shoved back in, vaguely sorted, and the project is left to linger for another several years incomplete.

The problem that we’re facing in this situation is one of expectations. By expected to be “done” in a day or a weekend, we end up feeling frustrated and dejected when we discover that the process is going to take a lot longer than we had envisioned, and thus our motivation and commitment to completing it dissolves.

If you’ve had this experience then you’re not alone. Most people underestimate how long projects will take them. It’s a fact that’s so well known that professional project managers generally add 50% to 100% more time to the estimates that people give them to account for this underestimation problem.

While it’s certainly a good idea to improve your time estimation skills in general, allow me to offer a better approach to getting that garage organized this summer: Schedule chunks of time and just focus on making progress.

Our team likes to work in 3-hour blocks generally, so you might spend a half-day each weekend or every other weekend pushing forward on the project. Or if that feels like too much, then how about just 60-90 minutes on Saturday morning or just after lunch.

Break the project into manageable bites and focus on continuous progress toward the outcome. Then, you’re not blowing all your energy on gearing up just to get a huge let down when you don’t achieve the intended outcome in a single day.

Remember, you will succeed and accomplish your goal as long as you keep making progress.

What have you learned while trying to be your own version of an organizing weekend warrior? Anything you’d like to share?

We hope you found this and the other topics in this series helpful. If there is a topic that you would like us to cover, let us know. We would love to chat in the comments below.

This post originally appeared as Organizing Pitfalls #13: Trying to “Get Organized” in a weekend and was written by Living Peace founder, Erin Elizabeth Wells. Click the links below to check out some of the other great insights found in the Organizing Pitfalls Series:

Organizing Pitfalls Series #2: Focusing on the Symptom vs. the Cause

Organizing Pitfalls #4 – Not Getting Weeded Items Out of the Space

Organizing Pitfall #5- Organizing for the Past or Future, not the Present

Organizing Pitfall #6- Focusing on Storage, Rather than Retrieval

Organizing Pitfalls #9: Not Getting Support or Buy-in from Others

Organizing Pitfalls #12: Buying containers too early in the process

Organizing Pitfalls #14: Perfectionism – “If it won’t look like Martha Stewart in the end, then why start?” 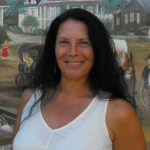 Danne is the Virtual Administration behind the scenes at Living Peace. She lends a unique skill set, that combines her diverse organizational, accounting and administrative backgrounds with her heart’s passion for creativity – in art and life. If you were to ask her why she loves working at Living Peace, she would tell you – “It’s all about the people and the holistic approach that makes Living Peace; I work with amazing people and we do work with amazing people … Just having an opportunity to help others make such wonderful changes in their lives…to bear witness and share in the joy that follows – well it doesn’t get much better than that!”
View all posts by Danne Saring »